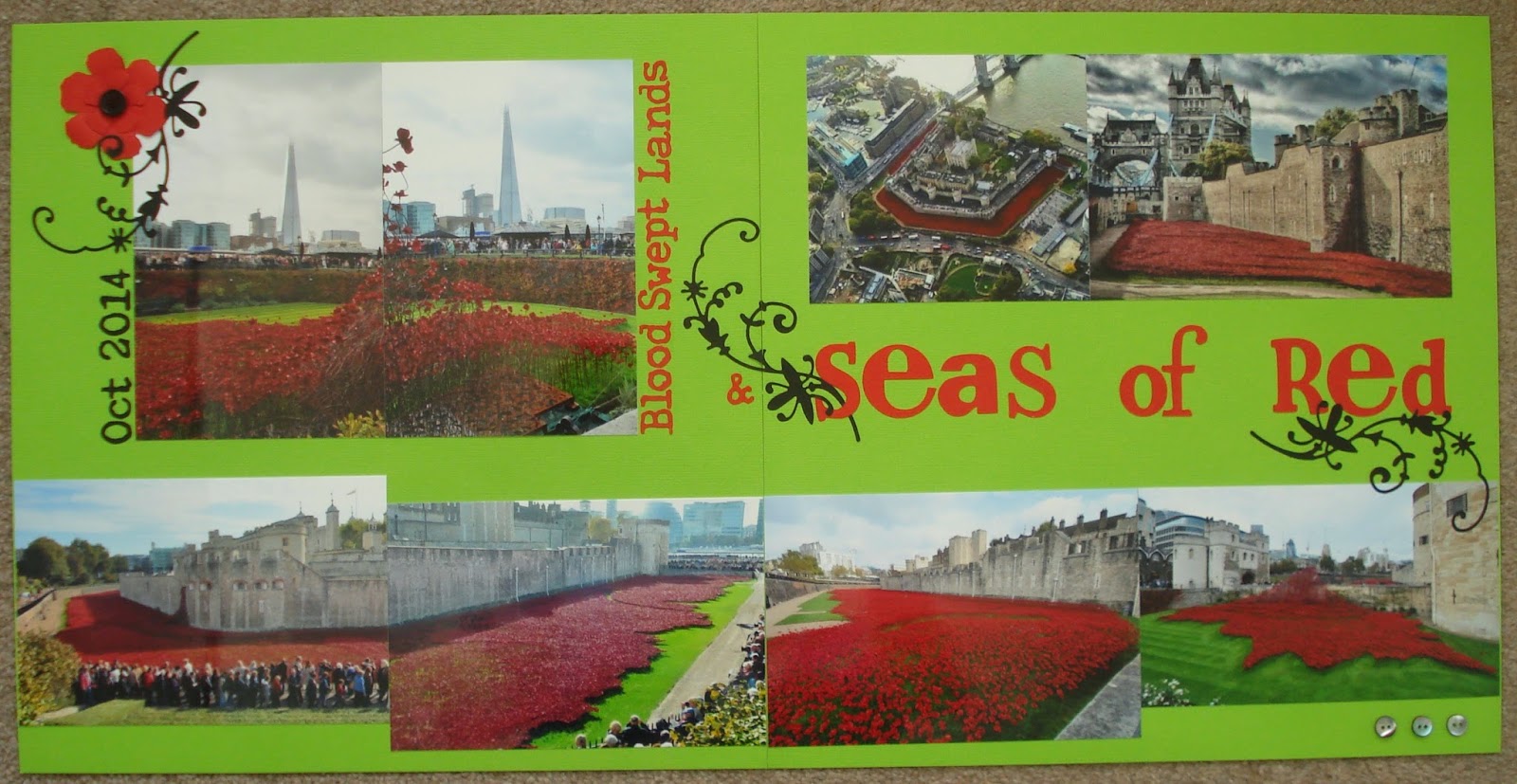 I have just scrapped some of photos from our day out at The Tower of London last October.


A couple of photos are from the internet as I didn't have a helicopter or drone to get the aerial shot and we didn't actually make it to the Tower Bridge side either.

First we took photos of each other on the train from Tattenham Corner to London Bridge, then our walk along the Thames to the Tower. 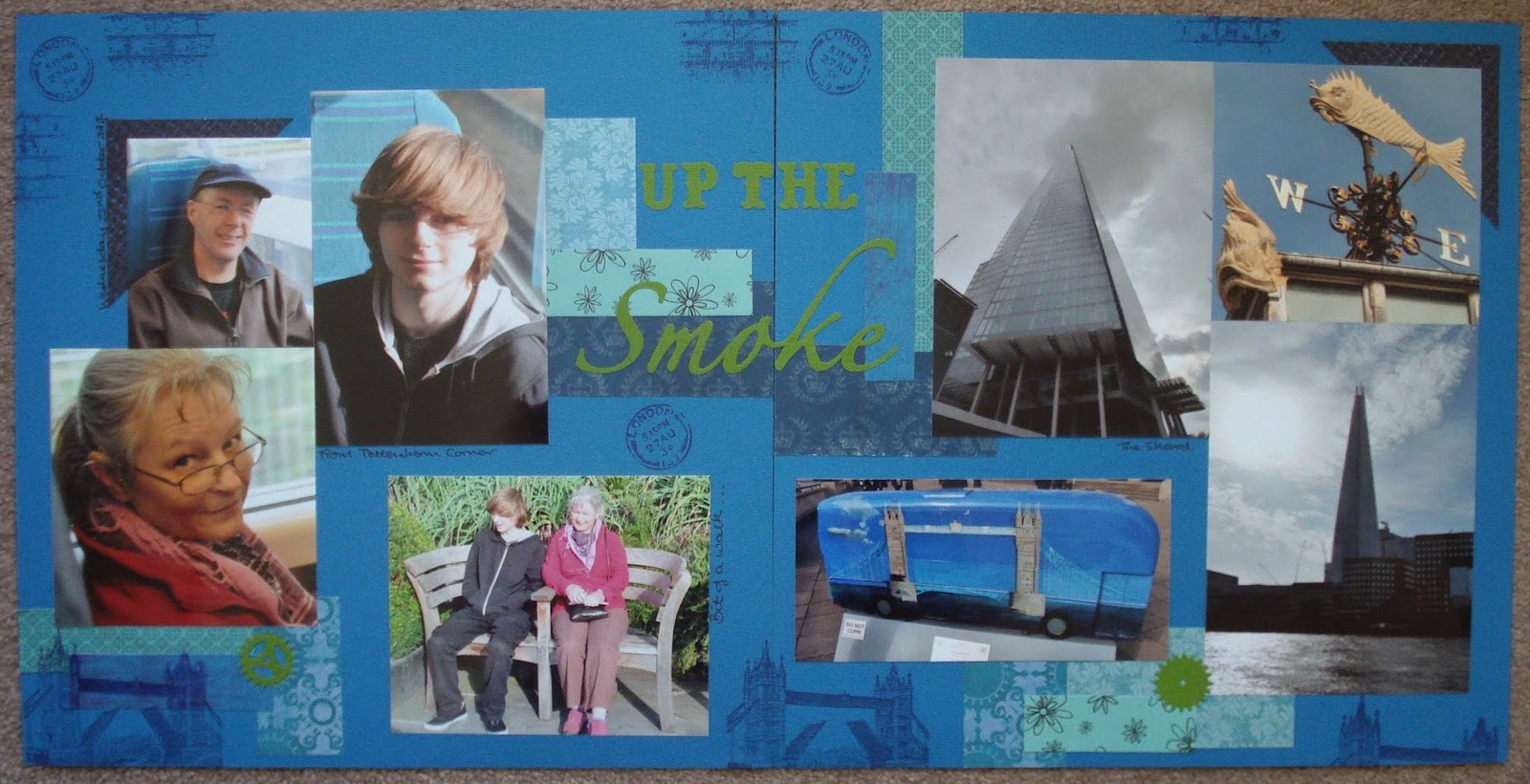 The Shard is a big feature now, however we didn't realise it is built over London Bridge Station! I noticed this as we walked back as I spotted a sign and looked up! Shock horror we were right beneath it, so I told the lads to stop and look up too. They were just as amazed!

The poppies were a lovely sight to behold on such a sunny day too, loads of photos were taken so it was quite a job to select a few to scrap! 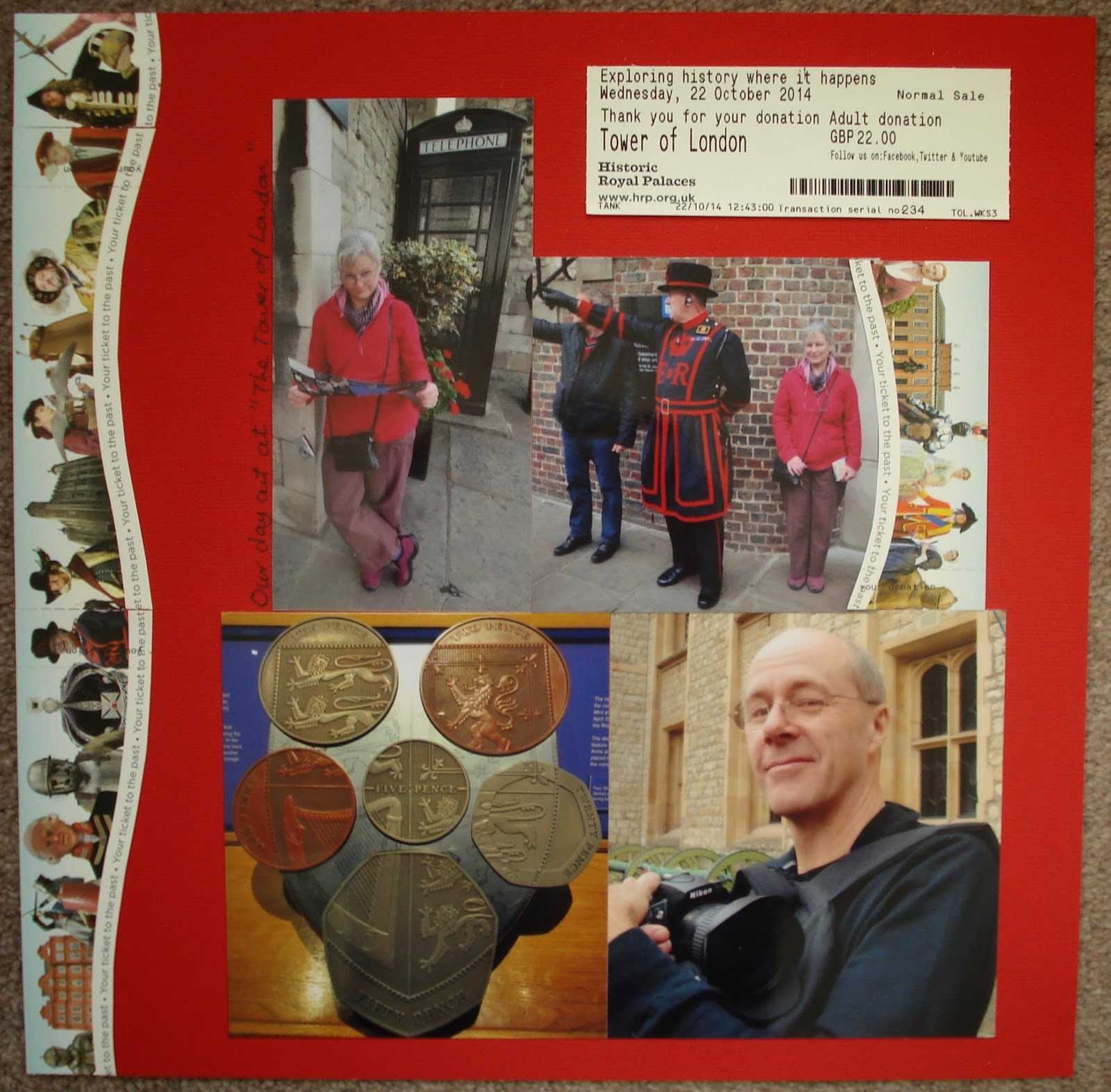 Finally a couple of snaps inside the Tower grounds. I used the tops of the tickets on this page and the bottom of one as well. What an exhausting day but well worth it.

Great scrap pages - I must get round to getting some of my pics printed lol!!

Was it your photo Helen?

I shall never forget seeing all the poppies last year either BJ. They were incredibly moving and deserving of the lovely LO you did x